You are an idiot.

I had an interview on Thursday morning. It was for a place called APAC Customer Service. I wasn't really thrilled about it, as it's a Call Center setting. It can be stressful and awful dealing with people yelling at you on the phone all day. Even Patrick wasn't sure he wanted me to work there. The interview went well. I am awaiting word from them about my background check and drug test. Both should be fine and I should get this job. That same day my jaw was hurting like hell. I attributed it to a tooth ache that went awry. I took some Ibuprofen and tried to go about my day. It got really bad. I called Patrick at work and told him what was going on and that I needed to go in for an emergency dental appointment. He took yesterday off and took me in at 7:20 am. After looking at my teeth and whatnot, the dentist determined that the tooth I indicated was not the problem. They actually couldn't see anything wrong with my teeth upon just looking at them. It was tapping on them that gave a little away and it wasn't the tooth I said it was. It was the one before it. They took more x-rays and it showed a failed Root canal on one of my crowned molars. It had abcessed. They referred me to a root canal specialist which doesn't take Illinois Insurance since it was a place in Iowa. So it would be $915 out of pocket. To hell with that. The dentist also referred me to an Oral Surgeon. A few of them actually. She said that since it is so crowded back in that part of my mouth that it might actually be more beneficial to just remove the tooth and let the teeth adjust and have more space. The back molar was crashing into the problem molar anyway. So One of the referrals was at the University of Iowa and had very good prices.

I made an appointment with them and called Brook to see if she could drive me and watch Kaylee until Patrick comes to get her at 3:30. She said sure no problem! When Patrick came to pick me up I told him about the appointment and he got upset. He said "Thats in Iowa City! I can't do that, I am not taking Monday off too! I can't!" I looked at the paper again and it did indeed say Iowa City and I was like "well damn, I didn't know it was in Iowa City!" I called and cancelled the appointment. I made another appointment at Rock Valley Oral and Maxillofacial Surgeons. It was $150 if the tooth comes out in one peice and $247 if it comes out in peices. They made the appointment at 3:30 the same day. I wanted to be sedated, but that was $300 bucks more than what I had. I only had $250 in my account. So I eat lunch, and take the pills that the dentist at the Community Health Care Dental Clinic prescribed to me. Then I waited. I went in at 3:15 and filled out my paperwork. They called me back fairly quickly. I can feel my heart beating rapidly. I feel like my breaths are short and quick. I am shaking.

I can feel the panic setting in. The Dentist comes in and says "Hi how are you feeling?" I said "I am very nervous." He just nods and says "I understand." I tell him that I have had seriously bad experiences with dentists in the past and I am kind of freaked out. I told him that I am unusually hard to numb up and I need more novacaine than normal.... He didn't really seem like he heard me and shows me the x-ray that I brought in. He showed me the dark circles under the roots of my tooth. He said thats the infection. He then lays the chair back and gives me three shots of novacaine. He wasn't very nice about it, just short and kinda brisque. He leaves me there for about 15 minutes and comes in and asks if I am all the way numbed. I tell him no I can still feel everything on that side of my face, and the tooth thats in pain. He gives me another shot of novacaine and starts to yank on the tooth. He broke the top off it and told me that he's gonna have to break it in two. I didn't feel the drill part when he broke it, but I felt EVERYTHING as he was yanking it out of my mouth. I was screaming because it hurt so badly. I told him "THAT REALLY HURTS!" and he said "I gave you four shots of novacaine, you shouldn't feel anything. Deal with it" and yanked some more. Then he told me "Stop screaming, I can't work with you if you are screaming." I freaked out on him saying "THIS FUCKING HURTS, YOU AREN'T WORKING WITH ME AT ALL." and he just kept yanking. He got half of the tooth out and said "Okay there's two roots. Need to get the last two. I know it hurts, we could set you an appointment next week to sedate you and finish this but you'll be dying all weekend... lets get this out now and be done. I wish we would have sedated you for this, because this is rough." I was wide eyed in terror and crying from the pain. He finally got the rest of the tooth out. He pats me on the shoulder and said "Have a better day" and leaves.

I am left in there with the assistant and she puts gauze in my mouth and lets me rest a bit. I am crying and just in shock. She comes back and gives me care instructions. And lets me out. I go to the front desk and the lady up there says "Was he mean to you?" and I nod and I write a check for half of the $247. It was everything I could do to keep my composure standing there. I was shaking as I wrote the checks... Patrick is gonna help me out with the other half so I can afford gas and diapers with the rest of my money. I will pay him back from my paychecks from work. Patrick and Kaylee are waiting for me in the waiting room. I walk out the door and I just crumble into Patrick and bawl my eyes out. I was freaking out and very very upset. Not just upset I was ANGRY. We go get my prescriptions filled and got some pudding, Jello, Ice Cream, Oatmeal, bananas, and other soft foods so I can eat. We got home and Patrick made me some soup. Also gave me a pain pill (Vicodin.) I gave him the pain pills to disperse to me, because I don't want to go nuts. I had an issue before with this and I don't wanna get stupid. After eating my soup and taking me pills, I have antibiotics too.

I sat down on the couch to relax. Kaylee got put to bed at 8:00. I had to sleep propped up. Patrick set me up on the couch. He tried laying with me so we can snuggle. (I am ridiculous, I have a hard time sleeping without Patrick next to me anymore... shut up) It just wasn't working so after a bit he went to lay down on the other couch. I thought it was sweet that he stayed out here with me even though he could have gone in to bed. I had both cats cuddled with me, I was kind of crowded on there... I didn't mind. I like cuddling the kitties. Kaylee woke up around 2 am and wanted some milk and a cuddle. I got her back to sleep, but only for 20 minutes cuz she came out again. after getting her back to sleep, I tried to lay back down. My face was hurting so I went over to Patrick and rested my head on his chest a minute and he asked me what was wrong. I told him my face hurt. He told me I can take another pill. I did, and then I asked if we can just go to bed. It was like 3:30 am and I wanted to sleep and I wanted to snuggle.

That was the account of my horrible day yesterday. I am so lucky that I have such a wonderful and loving boyfriend. He is amazing. I don't think I could have made it through all of that alone. He is helping me out with Kaylee and everything else.

I am looking forward to my job. It may seem like it's gonna suck. It just might! but I am happy to be getting WORK. APAC verbally offered me a job, like I said earlier. I will be basically taking calls from patients about their insurance coverage and such. Seems like it's right up my alley. It's a seven week training (100% attendance required) 9:30 am to 6:00 Pm. I hope those hours stick after training is over. I'd love full time work.

In other news, I am reading "The Golem and the Jinni" by Helene Wecker. It's kind of slow going, but interesting. At first I thought the author was more about the Jinni than the Golem. She seemed to be writing about mostly the Jinni
But it's evened out now and I am getting good amount of story from both parties.

I am spending this weekend recovering and relaxing.

Kaylee and I have been watching a lot of "The Backyardigans" That show is so cute, and I am liking it more than I should lol. 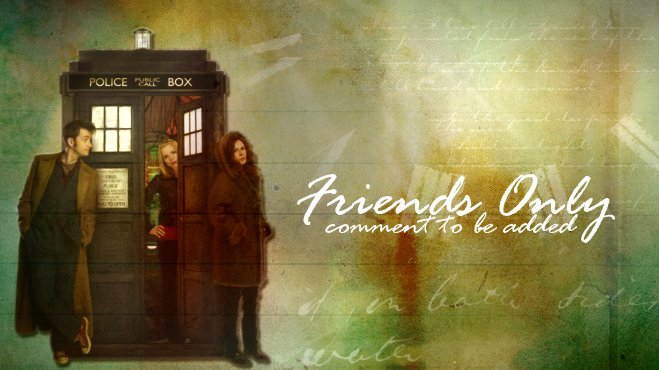 Watching Sesame Street with Kaylee and Elmo was on helping a guy learn how to give a plant some water. The guys name is Noodle. So when the plant squirted Noodle in the face with some water, I laughed pretty good because Elmo shouted "NOW HE'S A WET NOODLE!" 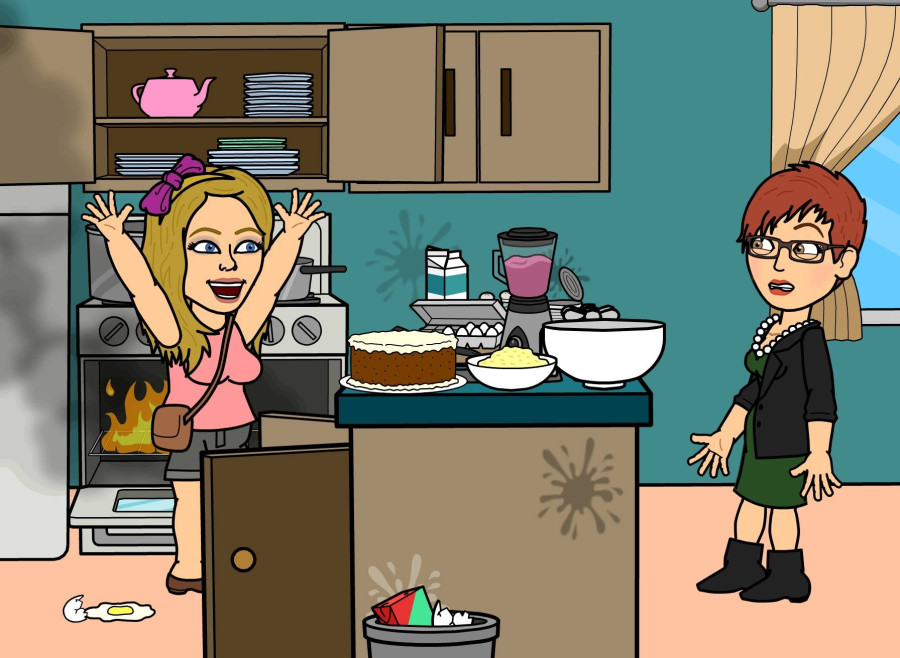 I just sat and read the rest of "The Killing" in one night. My eyes hurt. Great book, but it was a long dragged out ordeal. Bah! 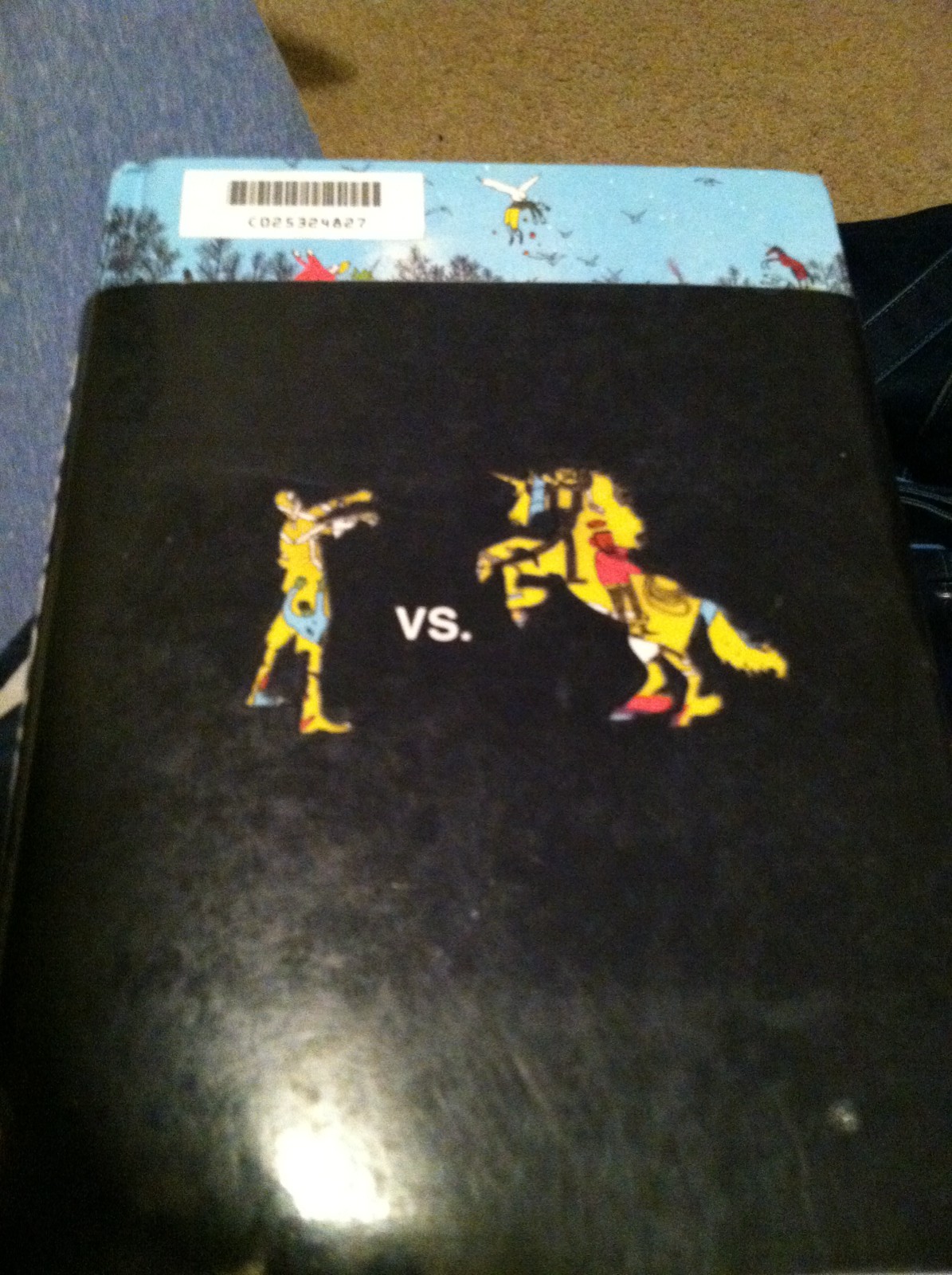 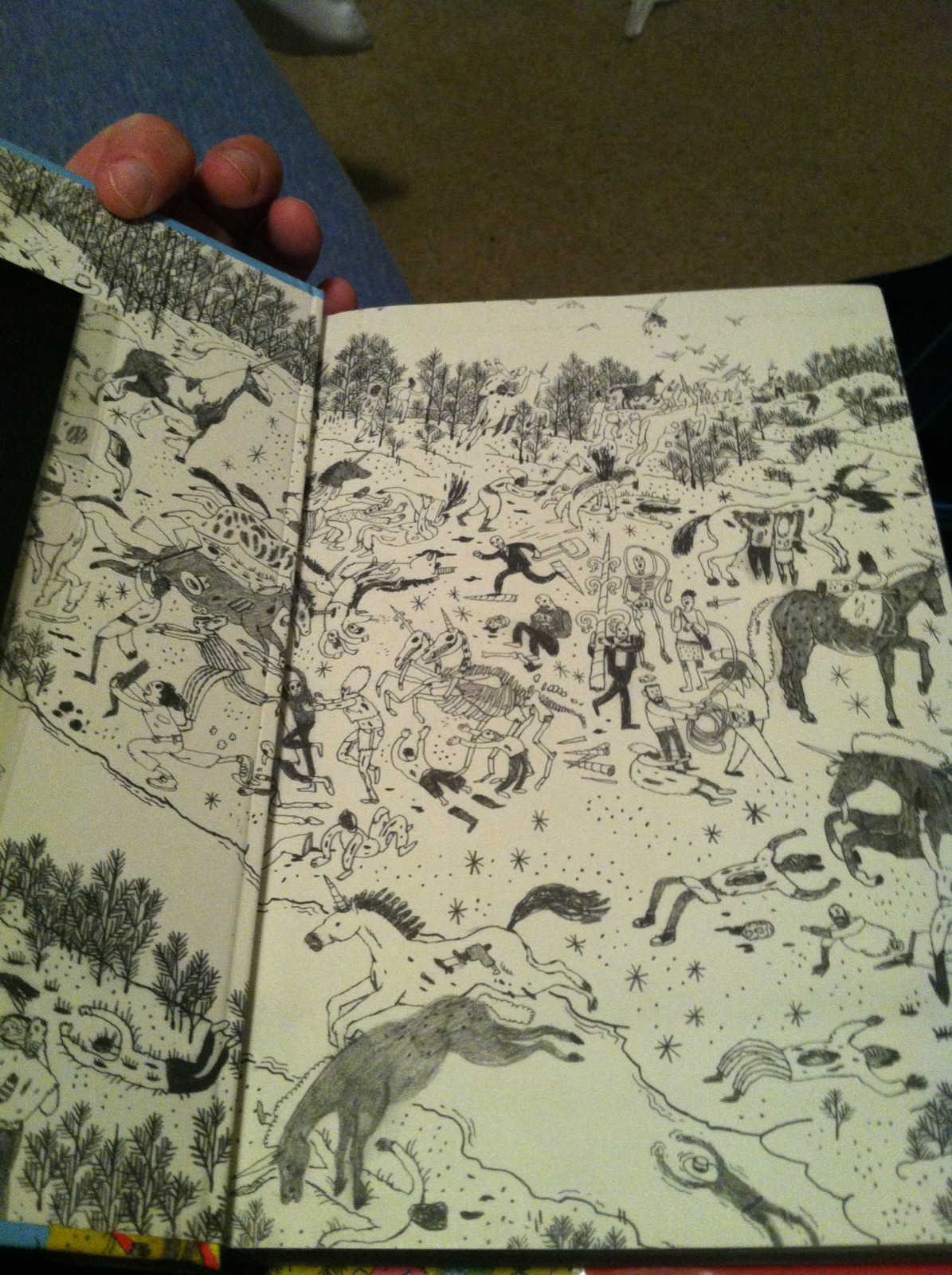 I'm loving the cover and the inside of this book. I'm gonna go find it to buy so I can keep it lol